For the last few years, you have been noticing different changes all over the world. Especially, during the difficult time of COVID-19, many currencies lost their high level and go down quickly. Many countries become worried about how to maintain their place in the global market.

Generally, there is a big list of currencies that are considered the weakest in the world. The most common and least currencies are the Iranian Rial, Indonesian Rupiah, Vietnamese Dong, Laotian Kip, Sierra Leonean Leon, Uzbekistan Som, and Ugandan Shilling. All these currencies have the lowest value in comparison to the USD.

Don’t depend totally on this list because the value of any currency may be changed according to the economic and political condition of that country. You must be aware of the latest situation of any country in which currency you are going to check out.

Let’s try to explore more about the weakest currencies of the world! 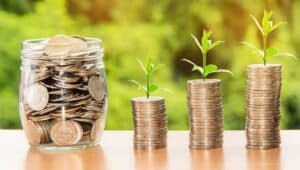 Top 7 Weakest Currencies in The World

You often hear about the powerful currencies of different countries. But what about the weak currencies of the world? What do you think about them? It is essential to know properly what are the weakest currencies and why. So that you will be able to select the best currency for trading purposes.

It is not easy to find all the weak or lowest currencies. After deep research, we have prepared a list of the top 7 weakest currencies in the world.

The Iranian Rial is considered the weakest currency in the world. Usually, the term “Toman” is usually used for the lowest form of Irani Rial. One Toman is equal to 10 Rials. There are many reasons that make this currency lower than the USD.

Some of the causes of making the Iranian Rial lower are listed below:

See also  Forex Trading Ponzi Scheme | Everything You Should Know About

Due to these serious issues, Iran has faced many financial problems for years. As you know, Iran is a big dealer of oil. Despite this opportunity, it can’t fulfill its economical needs properly. This is another reason that makes Irani Rial the lowest currency.

No doubt, Indonesia is an economically strong and prosperous country but it is also facing the problem of losing currency. There are very few improvements seen in the Indonesian rupiah that is not enough to make it strong.

Indonesians use old-style bank notes that make their value go down. All currency-holding authorities are trying their best to make their national currency stronger and more powerful. Hopefully, in the future, you will see Indonesian Rupiah in the list of strongest currencies.

It is the second cheapest currency in the world. Nowadays, Vietnam is trying to improve its economical position and set its place as a developing country in the market. Except for Iran, it is one of the weakest currencies with the lowest exchange rate of the currency.

According to currency experts, Vietnam is working hard to step forward and the world will see Vietnam Dong very near to Asian currency.

It is also included in the list of the lowest currencies in the world. This currency took its start as the lowest currency and continuously faced this serious issue for many years. Laotian Kip has not been standing against the US Dollar for the last few years.

It happens because of the enormous economical rate of kip and devaluation of a currency against other currencies.

It is the poorest African country that is continuously suffering from inclined conditions and many setbacks. The Sierrarian currency has been going down rapidly because of the low level of economical condition and development.

Recently, a war in Sierra lowered the currency too much. Another bad incident that created the lowest currency rate is the Ebola virus which stayed there for a long time and proved deadly.

Uzbekistani Som is also one of the weakest currencies in the world. The decrease in this currency ratio occurs under the rule of the Uzbekistan President. In 2017, the financial policy of Uzbekistan was declared liberal, which is why the Som ratio went down and it became weakest against the US dollar.

In 2018, the government itself decreases the value of the currency in the favor of investors. Unluckily, Som may not be able to get its former position again.

The Ugandan Shilling is the last weakest currency in our list. For last two years, it increases its value a very little that is not enough to make it strong.

Despite its weakest value, it is hope that may may increase its strength soon and it will become more powerful in coming few years. It has lost a very few cents in past years that is a good sign to improve it.

Table of Weak Currencies In Comparison To USD Dollar

Here is a comparison table that will show you how much the other country currency is equal to 1 USD dollar. So, you can easily understand why these currencies are called weakest currencies in the world.

Table of weak currencies in the world with USD dollar:

What is the weakest currency in the world?

During the serious condition of covid19 many currencies face down value in the stock market. The weakest currency in the world is the Ugandan shilling.

Why is the Japanese Yen so weak?

The main reason the Japanese Yen is so weak is the difference in interest ratio between Japan and other countries.

What makes a currency weak?

To summarize, it is said that differentiating all weak currencies is not as easy as you think. It is difficult to put them in a list together. It happens because the prices change with time. Economic conditions are the main reason a currency is weakest or more powerful.

To know about it better, it is essential for a trader to be updated with market ups and downs in detail. Mostly, a currency becomes weak due to war-like situations in the country, any serious disease that spreads rapidly, decreasing prices of export goods, and political issues.

To control the situation of decreasing currency level, it is better to make beneficial strategies and organize a proper setup that may handle all hindrances wisely.