George Soros was a Hungarian born in 1930 in Budapest. During World War 2, he endured Nazi occupation and hid his name. After two years of the war, he flew to the United Kingdom.

He studies Philosophy at the London School Of Economics. Despite being a student of Philosophy, he gained fame in forex trading. Here we give a detailed account of Soros’s forex work; perhaps you may be asked.

What is the place of George Soros in the forex market?

George Soros is the King of the Forex market. He became popular in 1992 as a man who broke the Bank Of England. Being a great speculator, he earns and wins the forex market. His Quantum fund work vigorously for half of a century.

Throughout his professional life, Soros made full use of Philosophy, Education and explored multinational economic and political trends. Let’s explore how and why he is always at the top of forex trading and wins the label of The Best investment ever( in 1992). 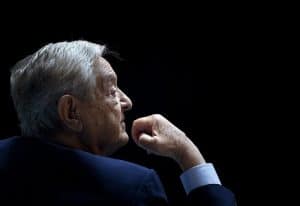 Forex brings good fortune for George Soros. Before establishing his own Quantum Fund he linked with some financial organizations. His experience makes him a legend.

He gained international fame in 1992 as a forex trader who broke the Bank of England. He earns an unbelievably high profit, perhaps the topmost in history. The amount of huge profit was $ 1 billion British pound sterling. The U.K withdrew the currency from ERM after failing to maintain the required trading bond.

This happens due to Soros’ trade that was later marked by Black Wednesday in history. Soros earned a $1 billion profit, the biggest profit in history in one day.

This unbelievable trade made him the top trader of the time. In 2021 he was recorded to be the wealthiest trader in the world.

He used the basic concept of Reflexivity as his strategy. The origin of this strategy is eschewing traditional ideas, an equilibrium-based market situation where all the basic facts are shared between the player and factored into prices.

This philosophy of esteemed investment depends on market feedback to measure how the rest of the market adored assets. He can predict Market bubbles and other market opportunities.

Global macro strategy is the philosophy behind the hedge fund making massive currency bets on the global economic scale. Besides currency, it also includes commodity prices, stocks, derivatives, bonds, and other investments.

I’m only rich because I know when I’m wrong…I basically have survived by recognizing my mistakes.”

“My approach works not by making valid predictions but by allowing me to correct false ones.”

“The markets are always on the side of exuberance or fear. It’s fear and greed. Right now greed has the better of it, which is rather nice (for investors) as long as it doesn’t get out of hand,”

“Once we realize that imperfect understanding is the human condition there is no shame in being wrong, only in failing to correct our mistakes.”

“The worse a situation becomes, the less it takes to turn it around, and the bigger the upside.”

“If investing is entertaining and having fun, you’re probably not making any money. Good investing is boring.”

Markets are constantly in a state of uncertainty and flux, and money is made by discounting the obvious and betting on the unexpected.”

We try to catch new trends early and in later stages, we try to catch trend reversals. Therefore, we tend to stabilize rather than destabilize the market. We are not doing this as a public service. It is our style of making money.”

The financial markets generally are unpredictable. So that one has to have different scenarios… The idea that you can actually predict what’s going to happen contradicts my way of looking at the market.”

Perhaps someone claims that there are many traders who show higher worth than why Soros is the richest trader in the world.

Being a philanthropist, he donated 64% of his wealth to the Open Society Foundation($32 Billion). This charity makes him the most generous person in the world.

George bet on currencies and is considered to be a speculator of currency. His big trade of GBP is described earlier than breaking the Bank Of England.

He made the same move with Asian currency during the Asian financial crisis of 1997. His trade was so effective that it collapsed Thailand’s currency.

The governments feared that Soros would start having an interest in their currency. This big amount of money that speculators borrowed and leveraged made it hard for the government to control or withstand this

Despite his great success, his bets are not always fruitful. In 1988 he predicted that the US economy would grow constantly. Due to this wrong prediction, his fund lost $300 million. In 1999 Soros hit $2 billion in Russian debt crises and lost $755 million. These ups and down make them the strongest forex investor

Soros is investing in a new bond-trading startup staffed by Goldman Sachs traders. According to a famous journal Business Insider, Soros Fund Management is backing TruMid, which is an electronic -trading market for corporate bonds.

It is a free news and research website that offers educational information for students interested in forex trading. It is the largest online way of news, review, interviews, analysis on the different currencies, cryptocurrencies, commodities indices, and metals.

George Soros is not only the best trader but owner of 14 bestseller books. When you start searching, you can get lectures, essays, and other material online easily.

His writing style is unique, rich, and interesting. Social issues, and weaknesses in the global market, are his favorite topics. Some important books are

Some famous writers also focus on his work and write about his adventures. These books are:

What is Understanding Exchange Rate Mechanisms(ERMs)?

An exchange rate mechanism is a collection of strategies that can be applied to manage a country’s currency exchange rate concerning other currencies. It can control the depreciation of the currency.

What was Black Wednesday?

In history, some days create suffering that man could not easily forget. Black Friday was one of those days on September 16, 1992, when a collapse in the UK currency pound sterling, resulted from Britain exiting from the European Exchange Mechanism.

On the other hand, Black Wednesday kept out of the eurozone and protected it from further economic problems.

Soros earns a lot of fame and money as the best forex trader. For many years no one can challenge his top position of richest forex trader. Now he is 92  but very active in his field. Like many rich people, his wealth is not locked in banks or properties. He spent more than 64% of his money on Open Society Funds(More than 32 billion). As a Philanthropist, Forbes gave him the title of Most generous person in the world.

We hope you get a lot of information about Soros and try to adopt his rules.