Wondering to know who are the major forex market players? Does the Fx market is controlled by institutions or individual retail traders? I think both, but a large part around 90% is under the control of institutions.

This post will tell you the name and role of major participants in the forex market. After reading this, you can answer any question regarding institutional development in this money market.

So, read on how the large institutions operate in forex? The central bank is the main controlling body that operates in the money market. It works in collaboration with commercial banks and other companies to carry on currency exchange. After this, the largest trading volume is contributed by investment management firms and hedge funds. Other major participants are individual retail traders.

The forex market operates in three primary segments: The Interbank market, the retail market and the exchange-traded futures market. Further, these segments are under the control of many players and institutions. ‘

To know the detail of these institutions keeps going! 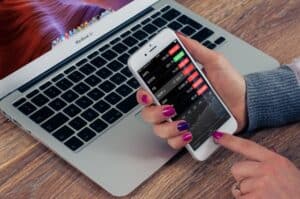 There are many institutions and participants involved in trading forex. Because of all the giant participant, the forex market will never crash.

First, we will go through the major institutions that operate forex and then we shall discuss participants of different FX markets. Let’s start:

This is the place where banks of different size trade currencies with each other using the electronic network.

Though they offer a trade of small amount as compared to other banks and speculators. The trades that commercial banks made often have a short-term impact on prices.

These banks facilitate fx transactions of clients and also conduct trade from their own trading desks.

They act as a dealer for client providing services to earn from bid and ask turnover. They conduct speculative currency trade.

Some multinational corporation under commercial banking can have unpredictable impacts for long term trading positions. In FX.

Central Banks corresponds to particular nations’ government. They play a major role in the foreign exchange market. The policies of these banks directly impact the currency rates in FX.

This is the place where all policies related to Open market operation and interest rate are made to influence Fx.

They control inflation and interest rate to the level to stabilize and destabilize their target currencies. They have set goals about particular national currency.

They often use foreign reserves to stabilize the markets. Central banks are unheard of to go bankrupt as they have control over the loss.

Central banks issue the rates at which their national currency will be traded with foreign currency. These are known as exchange rates. These might be floating, fixed or pegged.

See also  Is Day Trading Crypto Worth It? [All Pros and Cons + Major Mistakes]

When central banks enter FX, their main aim is to engage the buyers and sellers. To do so, the participants create liquidity.

For example, it can weaken its own native currency to induce selling at low rates. It can also make its currency stronger when it wants to sell it to an open market at high rates.

These are the second main participants of the FX market. They include portfolio manager, pooled funds and hedge funds. Investment banks exchange currencies on the behalf of customers such as pension funds and endowment funds.

The investment manager needs to exchange foreign currencies to pay for foreign securities purchase. Those with an international portfolio do this job only.

Investments firms also make speculative trades in the FX market. The hedge fund executes the traded speculative currency pairs. This is the main part of their investment strategy. They are directly involved in currency overlay operations.

They manage client’s currency pairs with the main goal of generating more profit and lower the risk. There are few small investments firms also but many have large assets to trade.

Multinational corporations are involved in importing and exporting products and services. In FX these firms directly impact the currency exchange rates.

Consider a multinational brand of iPhone in Germany import spare parts from America and sells its finished form to China.

When they receive Chinese yuan from China, they must convert it back into euros. These euros will be then reconverted in USD when purchasing spare parts from America. The chain goes that way.

Suppose in FX, the same foreign firm purchases the American dollar from the spot market. The same firm agrees to obtain dollars in advance for purchasing components from an American firm just to reduce exposure to foreign currency risk.

As compared to central banks and other financial institutions, the volume of forex trade made by retail traders is very low. But its future is bright as it will grow more when more and more traders join Fx trading. Though they participate indirectly in forex as brokers like ICMarkets.

In the Us, they are controlled by Commodity Futures Trading Commission and the National Future Association. In the UK they are operated by the Financial Service Authority.

They use technical analysis on the basic support, resistance level, technical indicators, and price feed. Sometimes the forex broker trade against the retails traders.

Money transfer companies also share a high volume of currency exchange. But the impact of this exchange is not very high on the FX market. Indirectly these companies increase bank transactions. So, banks keep them under consideration in their monetary policies.

The four largest foreign markets exist in India, China, Mexico and the Philippines. This market receives$95 billion. You might have heard the name of Western Union which is the largest provider with 345,000 agents globally.

See also  How Many Day Traders Are There? [All Facts and Figures]

These companies have offices near airports and seaports to facilitate tourists.

How Large Institutions Operate in Forex

Now you are familiar with the names and task of the major institutions operating in forex. All the above institutions work in close cooperation to create high liquidity in the global market.

As a result of this liquidity more and more traders engage in buying and selling activity. This in turn impacts positively or negatively the business around the world.

The important factor of the exchange rate movement helps to determine the interest rate, inflation, global corporate earnings and payment accounts. This factor can be seen in the carry-trade strategy. You can see how market participants influenced the exchange rate. This in turn has a big effect on the global economy.

When the interest rate falls the carry, traders are smart enough to sell the high yielding investments. By doing so they somehow increase the spread of the falling currency and stabilize it.

What percentage of Forex is institutional?

About 90% of the forex market is institutional. It is under the control of central banks, commercial banks, multinational corporations, money transfer companies and their global financial firms. The remaining 10% is contributed by retail traders and brokers.

Yes, Big banks are major participants in the FX market. They share the highest trading volume in interbank markets. The largest bank has 50% control over the money market. The smaller banks also directly or indirectly impact currency exchange and prices.

How do banks trade forex?

Banks offer services, transactions and issue rates of exchange currencies. They contribute to speculative trade from their own desk. They also offer chat rooms to facilitate brokers to participate in the banking desk.

Finally, you can see how institutions operate in forex. They work in cooperation to create a situation that is favorable for traders to enter in Fx market.  The contribution of big bodies makes forex the largest financial market in the world.

When banks enter in Fx, your trade movies dramatically. They conduct speculative trades which are profit-motivated for traders who learn bank policies deeply.

That’s why educating yourself about the core system of forex and then try your luck. It is not enough to learn the basics and start trading.